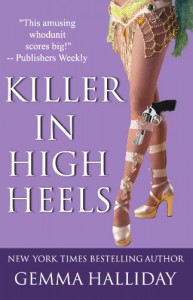 Still a page turning mystery and more of hot Det Jack Ramriez, but this book suffers from using stereotypes as punch lines to jokes that just weren't funny. This is why I rated the book with less stars than the first book in the series.

Maddie and Jack are having some relationship troubles, namely that as a detective, Jack will have to go undercover and Maddie won't hear from him in weeks. Maddie needs attention on a regular basis, so not having Jack's full attention is kind of making her into a brat. However, Maddie gets a voice mail message from her estranged father that ends with a sound of a bullet being fired. She freaks the fuck out, calls Jack, and Jack tells her not to worry and then just leaves. Maddie freaks out again, enlists the help of her BFFs Jane and Marco and sets out for Las Vegas to find dear daddy. Wild hijinks ensue, mostly unrealistic but a lot of fun to read about, until Maddie and Daddy have a less than awesome reunion; turns out Maddie and Jack also have a less then awesome reunion in Las Vegas. More highly unrealistic hijinks ensue, but this is where the stereotypes start making an appearance in the book. Daddy never left Maddie's mom for a showgirl....he is a showgirl. So there are a lot of jokes about dude being a lady. Then there is a plot twist involving the Mafia, so there are a bunch of stupid jokes and descriptions centered around Italian-Americans. *Sigh*

Everything works out in the end and the bad guys are brought to justice, but the relationship between Maddie and Daddy is just left hanging, so I hope the thread continues into the next book and there is some sort of conclusion. I just hope the stereotypes are gone.