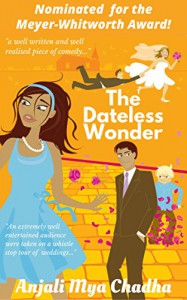 What if a British Mindy Kaling live tweeted her college friend's wedding? This is the script (plus notes from the playwright, the director, and the producer) of a one-woman show that was staged here in England a few years back that tackles dating from the POV of a late twenty-something British Indian named Jo-Jo. It was funny for the most part, but as an American I didn't quite understand some of the British pop culture references. This was Jo-Jo's first English wedding; up to now, she had only been to Punjabi weddings and so there were comparisons that are actually enlightening. A fun time to pass while riding home on the train.