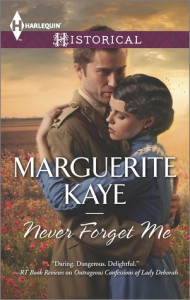 Being in the military means moving a lot, so most of my "keeper" shelf has to be in e-book format to keep within household shipping weights. Today's BoB challenge is to show a favorite keeper shelf book; it may be all the WWI reading I have been doing this year, but I picked this slim anthology as "my precious" to share.

This anthology was originally published in August 2014 to go with the 100th anniversary of the start of the war. All three novellas are written by the same author and uses a Scot family to show not only how the war affected them, but the huge changes in society that were being pushed forward by the war. The first story deals with the beginning of the war and the manor house being turned into a makeshift hospital (a la season 2 of Downton Abbey). The second story takes place in France in the middle of the war and you can already feel a generation getting "lost". The last story starts on November 11, 1918 and shows the grief and wild abandon that followed.

I really love each story as individual tales as well as part of a whole. I am planning on a re-read come this November.