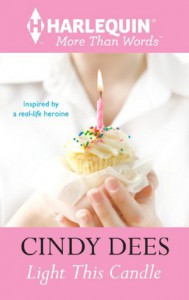 Another one read and done. Hated this one, so it makes it two in a row. However, if you like military romances/characters, please take my rantings in stride.  No star rating due to the nature of the story being based on a charity, but would not give any to this novella anyway. Once again, great kid character, but damn awful MCs.

The Charity: Patches of Light, Inc.

Mindy Atwood started the charity after the struggles her husband and her faced with two critically sick kids. They had a hard time meeting expenses and being their for their kids' doctor appointments, hospital stays, etc. Certain expenses are paid by donors.

Our mission at Patches of Light is to assist families with critically and terminally ill children so that they can remain together during their hospitalizations and treatments. Our funding is used to pay for past due mortgages, rent, and utilities. We provide phone cards, gas cards, grocery cards and parking tokens.  Patches of Light assists with emergencies such as: auto repairs, housing for long distance care, airline tickets, Ronald McDonald House fees, extermination and/or purification items for bone-marrow patients homes and much more.

Now the ranting can begin.

I hate military romances - and avoid them like the plague. Unfortunately, the blurb for this novella was about the charity and the More Than Words line of books, so I did not know about the military theme. So many authors get it so wrong -- little to no research! The author of this novella is a fellow USAF veteran, so I though I could deal with the military romance coming from a veteran.

The author was an officer, and the hero, Mitch, was major. The rank is important, because as the story starts, Mitch is on the tarmac getting off a cargo ship that brought him home from his deployment. As a major and newly returned from deployment, Mitch is making a shit ton of money and has no real outlet to spend it on. Until he meets the heroine, Cassidy. 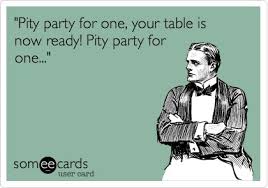 Just pull the trigger now and get me out of my misery. Cassidy is everything I hate about civilian military spouses (who were not in the service at one time themselves). Cassidy is a young mother who is trying to save her sick 5 year old son from dying due to a heart defect. He needs a new one asap. In the meantime, she is spending loads of money she doesn't have on experimental treatments to give the kid more time on earth. She is also dealing with the death of her husband, a soldier in Mitch's unit, who died on the first day of the deployment. 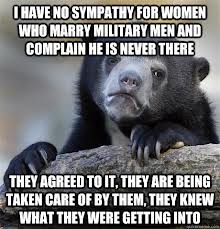 Mitch goes to visit her, as the commander of the unit it is his job to visit the widows and assist as much as he can. He finds Cassidy in the hospital and meets Cody, the sick kid. They form a bond, etc, etc; kid gets sicker and sicker. Mitch spends lots of deployment money getting Cassidy's life back in order - he pays her bills (through the charity), fixes up her apartment, fixes her car, gets her a new cell phone so that the hospital can reach her anytime and anywhere.

Oy vey, this is one of the reasons I hate military romances. Military heroes tend to fix everything and are pushy about it (Mitch was no freaking exception); Cassidy did need to be rescued, but the problems stemmed from her piss poor decisions. Mitch is used to getting his way, people following his orders, and he basically takes control of Cassidy's life.

Cassidy is the epitome of the young military spouse (civilians, not veterans), and ones I avoid in real life as well as in my reading. 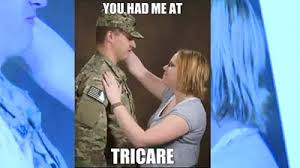 Here is everything you need to know about most military wives:

She and Jimmy had dated all the way through high school and married as soon as she'd turn eighteen. She'd moved from her parents' care to his care. He'd enlisted in the military and they'd immediately moved into base housing. He'd taken care of everything. Of her. The house. The car. The bills. Any crises that came along. (p. 48-49)

Never held a job, never lived on her own, always taken care of -- that is what a lot of young wives want from the military so that they don't have to learn the hard stuff about life and how to deal. Not even a college education or technical training, because they want to sit at home and have babies. Spare me.

The kid pulls through, because it is a Harlequin and anything less isn't a possibility. Cody is great and his scenes with Mitch made me tear up -- if this novella was about the budding father/son relationship between Cody and Mitch, I would have given it a good three stars. Cody receives a new heart from a child that was critically injured in a car accident and ultimately was taken off life support. Cassidy feels one second of pain for the family that would lose their child, then she is like "whatever, my kid is way more important." 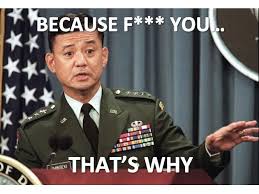 And even the last scene is so unbelievably callous that it makes sense that Cassidy and Mitch end up together because they are both prime assholes. In the last scene, Cody is in the recovery room after heart transplant surgery and Cassidy and Mitch go to see him. Mitch had proposed marriage (complete with mentioning lots of siblings for Cody!) to Cassidy in the waiting room, as Cody laid on the table with his chest open -- what timing there hero! Cassidy asks him for a little time to decide....but she doesn't wait long. As Cody is coming out of the anesthesia and opens his eyes to see his two favorite people; Cassidy asks Cody if it is alright with Cody if she marries Mitch. 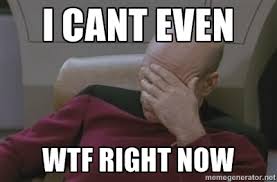 Dumb bitch puts that on a 5 year old coming out of anesthesia...what? Cassidy can't make one fucking decision by herself - she needs every man, including her young son, to make the decisions for her! He gives them a thumbs up and everyone is happy - except me.

One good thing came out of reading this -- I learned that children waiting on transplant lists need organs from children their own age ranges. Many parents can't/won't fathom a situation where their children is not going to live and sign their children up to be a donor. This gave me pause, because while I had no problem adding the organ donor badge to my license at sixteen, I never imagined signing my kids up. My husband and I have to seriously give the idea some thought, but I would feel like a hypocrite for advocating (among family and friends) others to be organ donors but not my kids.